Make a Sure Bet On Your Marketing with Sprint Data

Get Campaign Results That Light Up Like Las Vegas

America’s Most Important Resource Is The Voter

America is one of only a handful of nations that has adhered to a democratic system of governance since its inception. This means that, unlike other countries that have had long histories of kings, queens, and other monarchs, America has only ever known what it was like for the people themselves to appoint not just national leaders but government officials at all levels, from state governance to the mayor of a town or city.
This also means, however, that democracy is an ongoing process. Even if federal elections are reliably scheduled every four years, this doesn’t mean democracy itself is paused. Elections for the house of representatives, the senate, governors, mayors, and even municipal positions such as school boards occur throughout the country, which means voter participation is required.
For any political action to occur, it must have the voters’ support, and if there’s a need to reach out to those voters, this is where Sprint Data Solutions Worldwide Marketing can help. 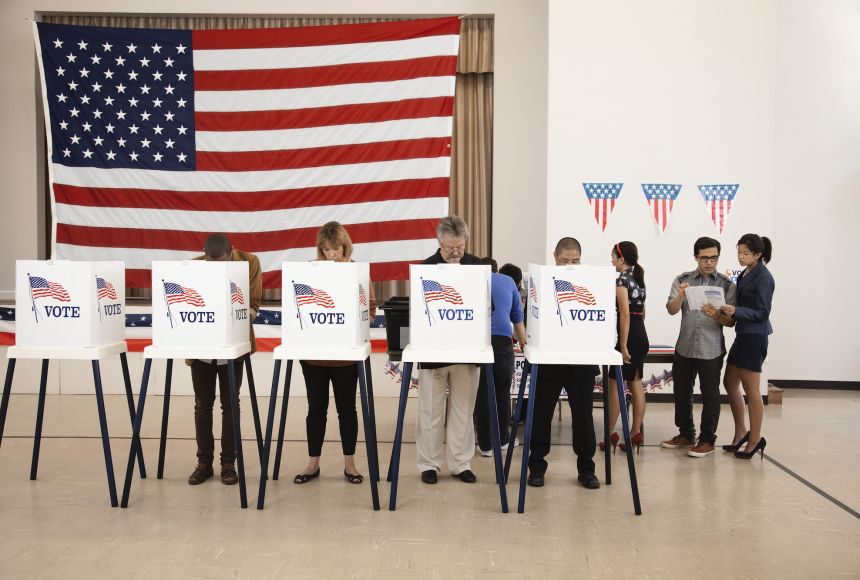 Sprint Data Solutions Worldwide Marketing began as the dream of a disabled veteran who wanted to start a 100% American-based business. After completing military service, the decision was made to try moving in a new direction, economic growth. That economic growth would be for the country, helping the businesses crucial to the economy to grow their customer or client base. The company started as a small, local Las Vegas business. A commitment to quality and customer service resulted in steady growth. Today, the company proudly boasts a loyal staff with over 50 years of combined industry experience in the marketing and promotions sector.
Sprint Data Solutions Worldwide Marketing initially entered the marketing industry, focusing on direct mail marketing. The choice of working with direct mail brought with it valuable skillsets, such as data collecting, organization, and analytics. This made it possible for the company to quickly integrate and offer digital marketing services when that platform matured enough to be viable for the industry.
With that success, the company expanded its service range beyond Las Vegas, Nevada, to cover the continental United States. Eventually, Alaska and Hawaii, and then operations grew to encompass the whole continent, servicing the markets of Canada and Mexico. Today, international markets are available, allowing clients to go global and cross the Atlantic, entering markets in the European Union like France.

Political Action In The 21st Century Has Changed

Politics, voter research, and even how voters are courted and interacted with for elections and other political action have changed a lot. Before, the only way to reach out to voters in large numbers was through traditional media such as television and radio broadcasts or even print marketing like billboards, posters, or pamphlets either personally handed or sent through direct mail. These methods, however, were one way in that they could be distributed but could give no results of their effectiveness back to the organizers.
Things are very different with the rise of digital technology and the Internet. There are more ways to reach out to voters, such as websites and email. There are more ways to communicate with them, bypassing mass media like television and radio that require considerable investment and taking advantage of social media instead. Perhaps the most important development has been the ability to receive and analyze useful metrics from “big data.”
Thanks to how trackable online interactions are, as well as new data-gathering options such as surveys, business card submissions, and even consent to monitor online actions on a website, the specific characteristics of voters are more accessible than ever. Voters can now be targeted not just based on registered political affiliation but specific concerns on issues of the day. This has created new possibilities and precision for reaching out to American voters.

Sprint Worldwide Solutions Marketing has lists that cover an array of different demographics. From consumers to businesses and other organizations, contact details are available. In the political arena, the lists represent not just people but potential political action. These include:

Depending on the state, some Americans must register before they can go to the polls to vote, or they can register at the voting itself. Another requirement that varies from state to state is whether there’s a need to register as a Republican, Democrat, or Independent.
Regardless of political affiliation, these Americans have actively chosen to declare themselves participants in the democratic process, making them more receptive to politically related marketing.

Individual states have substantial powers, which makes the votes at the state levels crucial for tangible, day-to-day results. State votes comprise everything from the governor to congressional and senatorial representation.
State voters are important for elections that have the most impact on “ground-level” life experiences. Any state-related political action has measurable consequences. For campaign purposes, it’s important to reach out to these voters and ensure they are informed about how their votes affect them.

There are times when the most effective way to reach people is to hit as many of them as possible. This is where national voter mailing lists are essential. You want to reach these people for big elections, such as the presidency, that involve national-scope involvement. This also applies to political activities with state-level concerns.

Electoral districts are where all the “action” happens politically, as regions get divided into voting areas, and the voter precinct is the smaller, more precise “cut out” of electoral districts. This means that for anyone interested in accessing local voters, access to voter precinct contact data is a must.
Regardless of the election level, everything happens within a voter precinct. Effective political action with aggressive outreach should always start at this level and have access to this data.

While all Americans have a civic responsibility to participate in democracy, some choose to take things a step further and help out the election process itself. This assistance can come in the form of much-needed funding, and this is where donors are important.
Donors come on all levels. The average American may be willing to donate some spare funds toward a local election. At the same time, extremely wealthy individuals invest huge amounts of money in a particular political party, candidate, or even specific political action. Regardless of the donation level, these are important actions, and it can make all the difference to know in advance who these donors are to reach them for worthy causes. 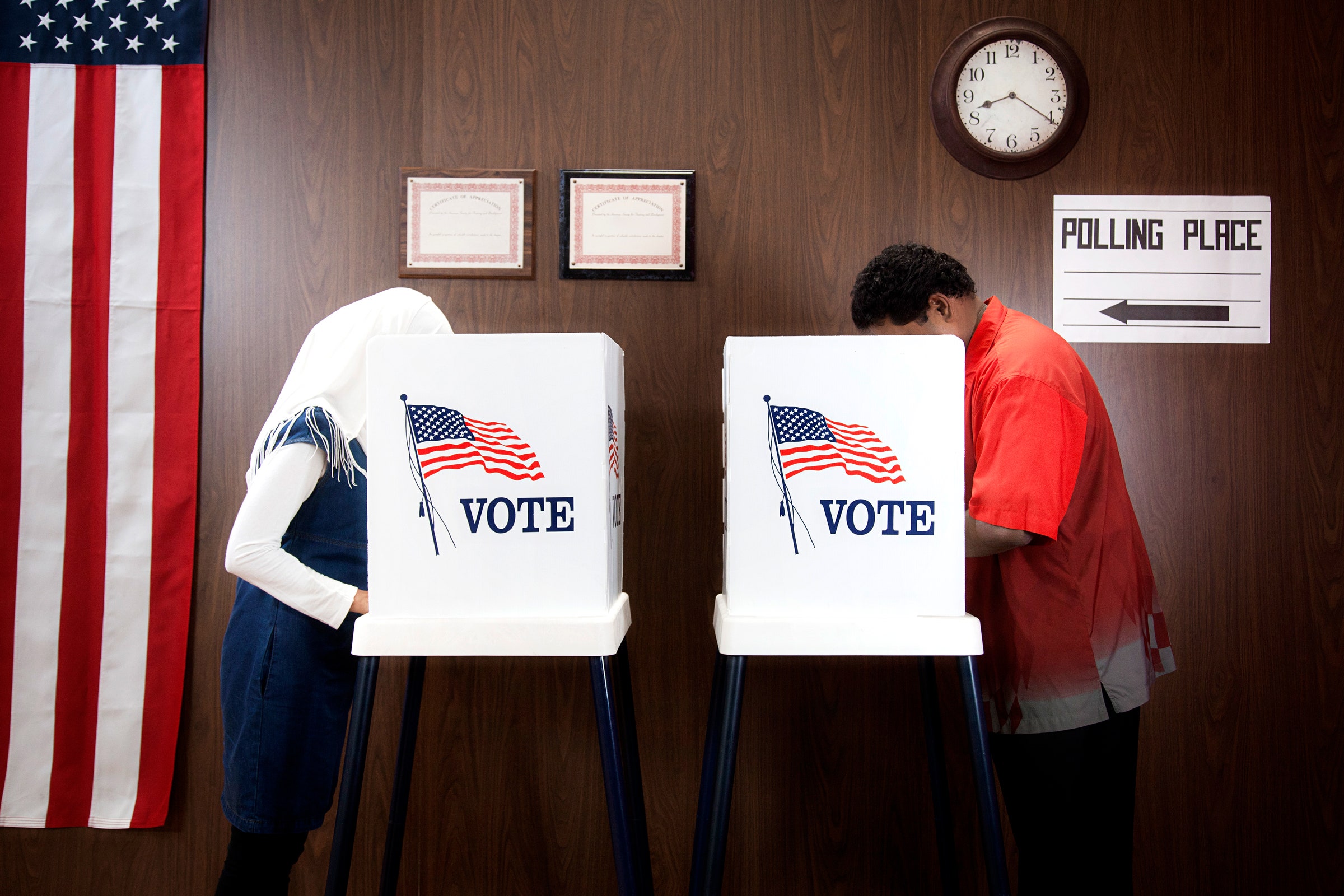 The United States has two main political parties, so it’s only natural that donors will often align with those party interests. Most people who consider themselves conservatives are associated with the Republican party, which is usually true for those conservatives who wish to make donations.
Issues like holding off gun control, promoting more Christian faith in America, and stricter immigration policies are all examples of causes conservatives typically donate to. For specific issues and larger-scale elections, reaching out to these conservative donors often gets the best results.

If people donate to conservative agendas and political actions, then it stands to reason that there will also be people who do the same with a liberal orientation. Most liberal causes will typically fall under the umbrella of the Democrats, making for more easily predictable agendas of interest. Abortion access, the protection of the LGBT community, an increase in social services, and quality education are all causes that are typically found under the liberal banner.
Today’s political atmosphere is also particularly volatile, with a greater interest than in past years in protecting liberal interests. For example, the repeal of Roe vs. Wade has put many formally passive liberals on high alert and far more willing to donate to the protection of causes they formerly took for granted as fixtures of American society.

Most Americans affiliate themselves with one of the two primary political parties, but another group goes strictly by the policy. They support any politician or party that aligns with their personal interests.
These voters are the independents. They may not necessarily be able to participate in the nomination of a presidential candidate, but in most other ways, including donations and having a measurable statistical effect on the outcome of elections, these voters can still be important. In some cases, they can make a big difference.

The undecided voter is one of the most overlooked and, yet at the same time, valuable resources in elections and other political matters. This is especially true in areas with no clear majority, and a handful of votes one way or another can tilt a candidate toward victory. Undecided voters should never be mistaken as people who aren’t voting.
Instead, undecided voters should be looked at as an opportunity. They are willing to vote but don’t yet know which way they will lean. All it takes is some convincing arguments or a little bit of extra time and outreach. As many recent elections have shown with recounts and closely tied up results, just a few additional votes can often make the difference.

All Americans of age have a civic obligation to participate in democracy, but while some choose to do more with their money, others take things a step further and donate themselves and their time. Political activists take part in political actions with no expectation of pay; they are committed to helping a cause for the sake of the cause itself.
This can add an extra level of effectiveness—and zeal—to political efforts, such as campaigning or even admin functions that require skills in organization. Political activists go the extra mile in ways that a paid employee wouldn’t, and this can be crucial to ensuring that investments and other efforts succeed.

Although these areas have sometimes changed over time, swing states are the true battlefield in American politics. Some states are reliably considered to “belong” to one party or another. For example, California is considered a safe state for votes to support Democrats, while Texas is typically considered a Republican stronghold.
Swing states, however, are those places where the results can go either way for a given election, and there’s no certainty about how the results will play out. It’s these areas that usually get the most of a campaign budget and are the most active for convincing voters at the national level to pick one candidate over another.

The United States is due for another Presidential election in November 2024, but that date is nearly two years away. However, that also means that even now, the groundwork must start being planned and laid out. Preparation is one of the keys to success in politics. The earlier planning and organizing happen, the greater the chances are to act decisively and effectively to convince Americans to go out and vote for what they believe in. This is where Sprint Data Solutions Worldwide maintains a competitive edge, providing multichannel voter contacts for every district in the country. 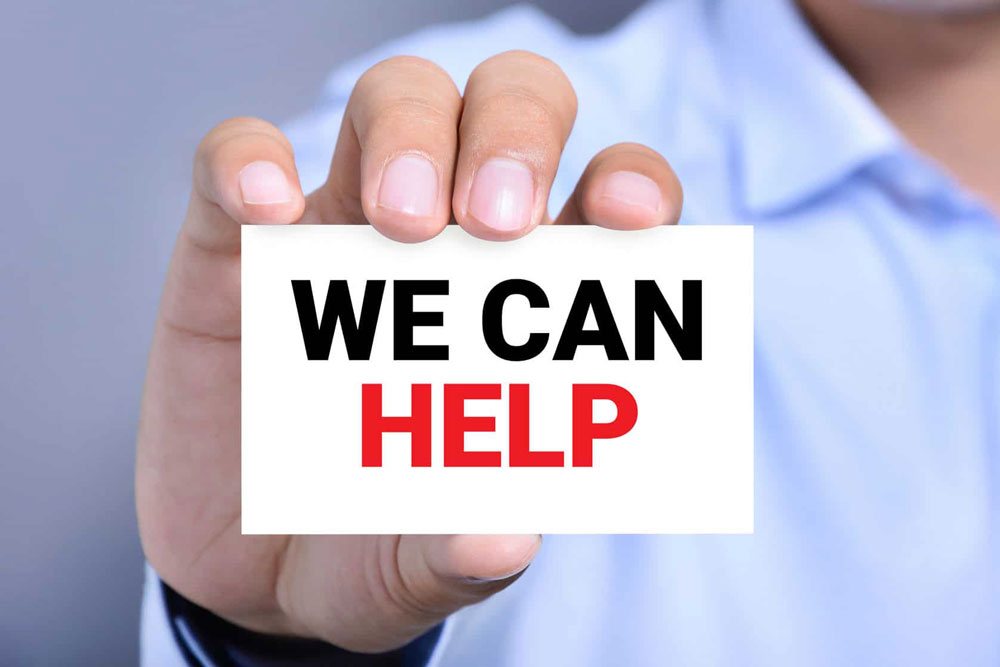 Get The Political Support You Need

Sprint Data Worldwide Solutions has extensive voter and political databases that provide contact information and valuable demographic context. This data has been collected through surveys, purchase actions, and mailing lists.

All the contact details can be cross-referenced using big data analytics to help find the specific voter support desired. With the proper research, technology, and data analytics, candidates can access different demographics spread across categories like:

And much, much more.

Voting lists are also available are more than just physical mailing addresses. Depending on the contact requirements, voters can also be reached by mail, email, text/SMS messaging, and telephone. If you want better, more precise targeting for voters, activists, and donors, we can help. Come to Sprint Data Solutions Worldwide, utilize the targeted voter mailing lists you need across different demographics for election, volunteer, or donor purposes and raise the chances of an election victory.